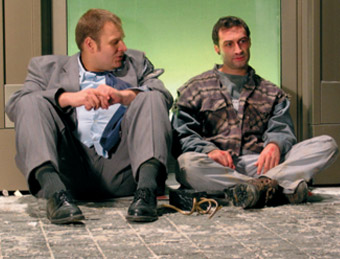 The Stranger in the Mirror – Film

The short film “The Stranger in the Mirror” tells the bizarre and interesting tale of two colleagues of different nationalities. They have a row as a result of their individual and mutual prejudices. A short time later their bodies are swapped. The adversaries are compelled to deal with the life of the other for an indefinite time. The film is an educational product against Xenophobia at the workplace and aims to address young people in particular. The film is not intended to preach but rather to be thought-provoking and to stimulate discussion.

The Stranger in the Mirror - Film:
Trailer on Youtube

The film can be ordered directly via the director and producer Reinhard Günzler for € 24.90.
reinhardguenzler@gmx.de

Accompanying material for use in the classroom can be found here:
PDF German